If you are looking for a knowledge base for your company or a secure and privacy-compliant documentation platform, you can’t ignore BlueSpice MediaWiki from Regensburg-based Hallo Welt! GmbH. Now, the manufacturer is taking another important step and has moved all of its BlueSpice Cloud instances to the German legal area under the validity of the GDPR, to the data centers of the provider Hetzner.

“We originally built our cloud architecture with DigitalOcean and were very happy with it. But unfortunately, our contractual partner DigitalOcean is and was a U.S. company, which is ultimately always subject to U.S. legislation,” explains Hallo Welt! CEO Dr. Richard Heigl. That no longer meets today’s standards: “Digital sovereignty and sustainability have always been high on our agenda, so we knew from the start that this could only be a compromise until we took the next step.”

This became necessary because U.S. authorities are allowed to access personal data in American companies at any time, regardless of where they store their data, which country the users come from, and which legal standards apply there. The Baden-Württemberg Procurement Chamber also made this clear a few days ago: “Cloud services from US company subsidiaries cannot be GDPR-compliant” (german). Of course, the same also applies to other states, such as the Five-Eyes, including Australia, for example. Not least, for this reason, BlueSpice MediaWiki has enjoyed great, steadily growing popularity in recent years as an open source alternative to Confluence (see, for example, opensource.com or heise.de).

“BlueSpice MediaWiki has always been available and continues to be available as an on-premises solution for running on your own servers or hosted in the BlueSpice Cloud,” explains Markus Glaser, CEO and Technical Director at Hallo Welt!
“But we are also seeing more and more new customers starting with BlueSpice Cloud. And for them, we’ve now also implemented the complete infrastructure underneath, fully compliant with the EU General Data Protection Regulation (EU GDPR), in Germany, at Hetzner.”

According to Glaser, this is an immensely important stage, but certainly not the last. Hallo Welt! plans to systematically expand the area of IT security management in particular in the near future. With the move to Hetzner, the manufacturer already offers cloud customers 100% compliance with European data protection standards today.
Heigl also sees this as a clear competitive advantage: “Today, every customer always has to look twice at where – even large service providers – host the data. Often, the EU GDPR is simply written down and an Amazon Web Service is running underneath. But at the end of the day, it’s the customers who have to bear the liability.

Hallo Welt! GmbH is the company behind the open-source enterprise wiki software BlueSpice, which is distributed in more than 160 countries with over 1 million downloads. The Regensburg-based company builds collaborative software for knowledge management and online documentation since 2007. 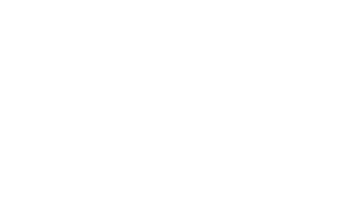